Public sector procurement is estimated as being worth about 10 trillion US dollars per annum and makes up 13% to 20% of gross domestic product, involving many sectors. Some businesses decide not to take part as they feel it is bureaucratic and complex, but in the current economic situation, the public sector is a sector that has money and usually pays.

How transparent is the public sector bidding process in your country? Does it vary depending on whether it’s central government or more local contracts? 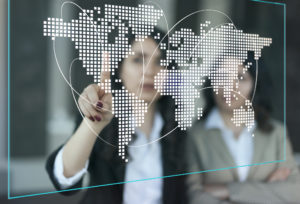 Romania – Public sector bids are governed in our country by laws in harmony with EU legislation. 90% are awarded through SEAP, the public sector platform governing acquisition and there is a high level of transparency. However, 99% of the documentation is in Romanian only.

USA – The US federal government by law has to be transparent and it pretty much is. State governments vary – the larger states of New York, California, Texas are pretty transparent; the smaller states less so.

South Africa – The same procurement regulations/laws apply to all organs of state, some allowances are made for local suppliers where it’s feasible to apply subcontracting, to advance designated groups. Transparency is one of the five constitutional requirements applicable to public procurement but there are challenges in its application, fraud can exist and our Procurement Bill is being reviewed.

India – The level of automation required to make the process transparent is not there consistently across all states but some of the more financially capable states have installed good systems like SAP to make the procurement process more transparent.

Australia – As a whole, all federal, state and local government advertise contracts on portals/websites, which aids transparency. The majority of public sector contracts have evaluation criteria so we know what we will score in individual sections. This helps with review/peer review. Also, awards are sometimes (depending on contractor obligations, etc.) posted on tender websites/portals. Debriefing sessions are beneficial, if you haven’t been awarded a contract, you can ask why. Sometimes agencies will be quite open as to why you weren’t successful which makes your next tender more on point.

UK – Often feedback is written but if you can get verbal feedback, they’ll tell you more than they would put in writing. Face-to-face debriefing can be really helpful (even virtually). Feedback is vital on both winning and losing bids to understand why you’ve won or lost. I’m part of two countries, Scotland and the UK. Britain exited the European Union on 31st January 2020 but because of a legal agreement with the European Union we’re still under the same rules until the end of 2020. The trade deal with the European Union will have a bearing on what happens next. Regardless, public sector procurement will still want to be transparent and open, with publicly advertised contracts. Within Scotland much of the procurement is devolved, the UK government handles matters concerning the whole of the UK – defence, borders, but just about everything else is devolved within Scotland – health service, education, public housing, welfare benefits. Around 5 years ago Scotland brought into effect new legislation that reduced the European thresholds, so any contract worth over £50,000 (around 60-65 thousand U.S. dollars) has to be publicly advertised and go through a full public tender process (contract worth £15,000 a year for four years tips it over the £50,000). It was one of the reasons I set up AM Bid just over 6 years ago. I knew the legislation would be coming into effect in April 2016. Something else that’s massive in the UK is social value, community benefits, local impacts.

Central, local government and locally based public sector organisation are all under the same legislation and regulations. Even before COVID, decision making is slow, although there are organisations who keep to timetables. We have to get the bid in within 4-6 weeks but can be waiting for 4-6 months for a decision, sometimes longer. It’s difficult for bidders because they are pricing to start imminently, it’s can be problematic if the contract does not start for another 6-12 months. Sometimes, other things can derail timetables, I know that from having worked within the public sector and understand the pressures that officials face.

USA – At the federal level, it’s fairly common to request a debriefing and it must be given if requested. The quality of debriefings varies widely but are useful to replicate the win or avoid the loss on future bids. Sometimes you are told that the winner and you scored the same, you want to understand why it was awarded to the other company, not to protest but to fix it. However, it’s hard to get a clear answer. Often there are protests because the debriefing isn’t clear enough, so that needs to be addressed. They do say in the RFPs that if there is a tie, either the lowest price or best value will win. There are occasions where the lowest bidder in a tie doesn’t win, the other bidder wins because of best value but best value is not well defined and sometimes there is no explanation.

UK – It can be useful to ask a clarification question of the buyer during the bid process – in the event that 2 bidders have the same scores, what is the decision-making process for the contract award? Usually the bid documents set out what will happen or will define the most important question within the bid, that if there’s an overall tie, they will look at who had the highest score for that question. Tied bids are rare within the UK. Within UK legislation, there is ‘what differentiated the winning bidder from other bidders’ and so by law public sector organisations have to provide that information.

How easy is it for a bidder from outside your own country to win contracts in your country or do most of the public sector contracts get awarded to local organisations?

Romania – The trend in Romania is to award contracts to local companies. It’s very difficult for a foreign company to complete the submission process without local help to understand the process, the documentation and the laws. They can have a partner outside our country but usually don’t as it’s difficult to make the other party understand how it works, the documentation is in Romanian and it is costly to translate documents into another language.

USA – At state level they don’t announce it, but most states want the work to be done in that state if possible, so large companies can lose in a state because they don’t have a big presence there. Federal level is more open. However, the evaluation criteria includes risk and past performance, so if bidding from another country it’s tough to show relevant past performance, that your risk is low and that you understand culturally the way things are done. Sometimes, there are security and vetting requirements and to compete, you need to start early. The best way for a foreign company to start is as a subcontractor, with the risk on the prime and if it’s a large prime, you can put a foreign company under your wing, outlining your reasons and the government is not too interested in risk or past performance of that company.

South Africa – Preference is given to local companies/municipalities. If you’re in the Western Cape you can bid in Gauteng but preference is given to local businesses. International companies can compete for government tenders but need a local footprint or partner through perhaps subcontracting. Pivotal consideration is given to Black Economic Empowerment (BEE) in our country and unless you have a BEE level of one or two it will be very difficult for a foreign company to enter without local content. Black Economic Empowerment exists to empower previously disadvantaged individuals, according to a mix of parameters e.g. black ownership, black female ownership, disability, enterprise development – there are 8 different parameters that will determine your BEE level, from level 1 (highest) down to level 8, then non-compliant which means you’re not spending anything on skills development, you don’t have any black shareholding or ownership. The higher your level, the better your preferential procurement position becomes. Tenders are evaluated on functionality and if everybody passes that level, you are equal again, then depending on the value of the opportunity, 90% (or 80%) of points would be given on price and 10% (or 20%) on BEE so if you don’t have a high level BEE score, it’s difficult to compete.

India – It’s extremely difficult for foreign companies to bid on government contracts at any level. Entities like SAP can form an India-based legal entity and are allowed to bid. Google and Microsoft have done this. Otherwise, it is not possible, except where technologies are not available in India. For example, defence-related items do get awarded externally. However, it would still need to be a joint venture with an India-based company.

Australia – Here, it’s all about the local state, what they get in country, that businesses or vendors are supporting the local economy through local resources. Having a local office is very important, local infrastructure – we work in IT so you need to have your infrastructure in country. It’s a bonus if you are in state, paying taxes within the country. One of the things that has been mandated in New Zealand is a direct agenda known as the Broader Outcomes of New Zealand. They want to see value for money, social procurement, evidence of social well-being, diversity, cultural inclusion, training, employment benefits that employees will get, especially in the current pandemic. Additionally, there is ethical and environmental purchasing, everything has to come under the green flag.

Part 2 of this interesting panel discussion will be posted on the AM Bid website during June 2021. 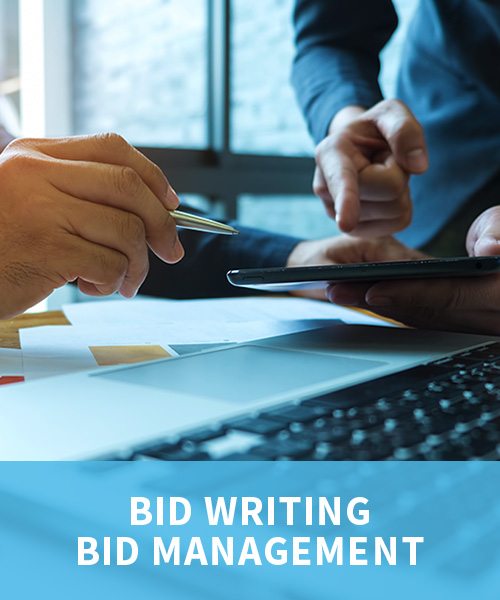 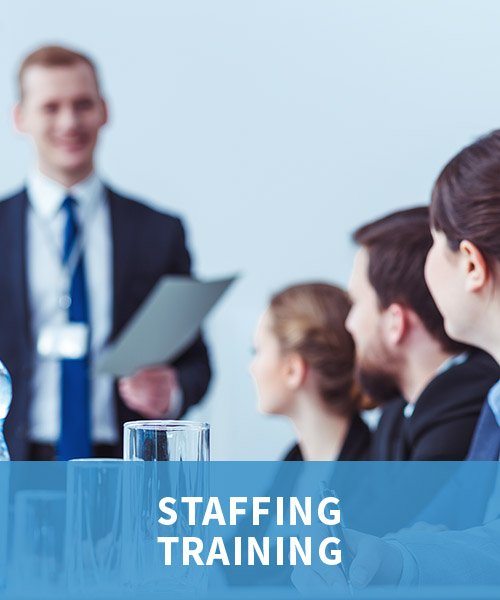 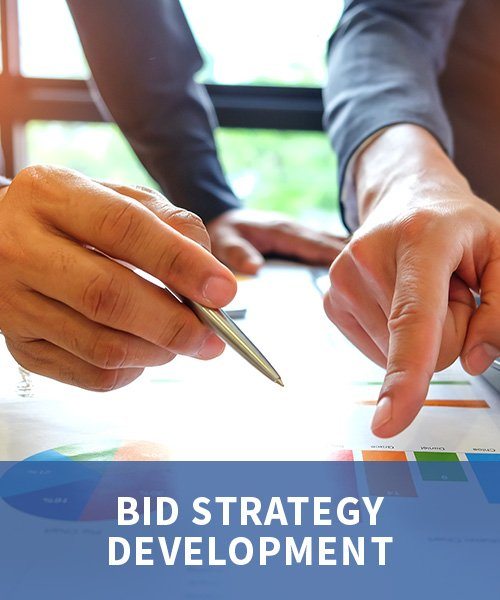 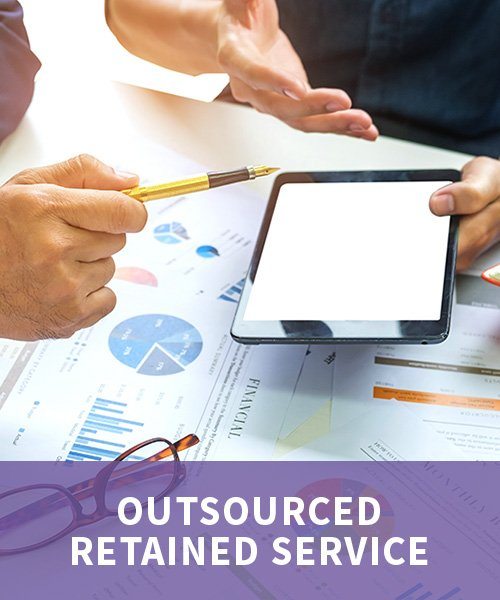